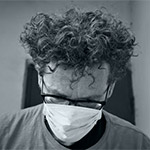 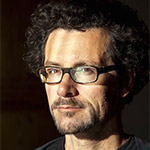 Bartaku (artist name of Bart Vandeput, Doctor of Arts) practices the art of enquiry with experimentations into light, energy and bodies. His main interests lie in biology, energy and philosophy. The practice is often process-based, collaborative, intermedial, following ways of play and situated in the folds and cracks of formal classifications. It materializes in interventions, exhibitions, talks/lectures and labs.

Most renowned are the temporary Photoelectric Digestopians, a series of live labs featuring digestible solar cells and human tongues. 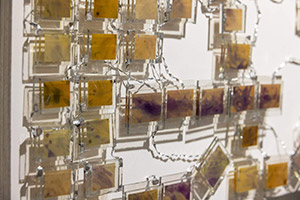 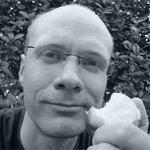 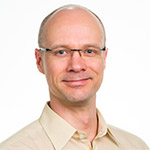 Janne Halme D.Sc. (Tech), is a University Lecturer at the Department of Applied Physics, Aalto University School of Science, Finland, where he holds a title of Docent on new energy technologies and solar energy and teaches courses on these topics. Janne has done both fundamental and applied research of dye-sensitized solar cells, with a focus on flexible and printable devices, device characterization and modelling, and stability studies, and currently uses them as a medium for transdisciplinary artscience.

He is broadly interested in creative research at the cross-sections between photovoltaics, biology, design and architecture. He currently runs projects on colored photovoltaics for solar architecture and textile solar cells for wearable electronics. He is also the Innovation Agent of the Department of Applied Physics, encouraging and supporting researchers in commercializing their research results.

His research has been published in more than 70 journal and conference papers (ORCID, ResearcherID and SCOPUS). 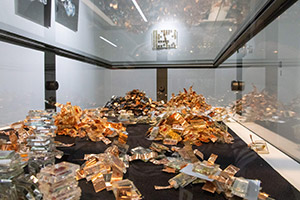 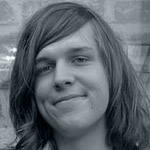 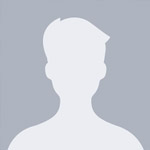 Tuur Boeckmans, (Hasselt, 2003) has just completed his twelve year course at the Academy for Visual Arts & Media in Genk. In his final year, after mostly focussing on drawing and painting, he devoted himself entirely to the creation of a sculptural installation. ‘In Order to Rise from His Own Ashes’ is a welded structure of thin steel wires on which blackened houses are mounted, facing each other. These half-charred houses bear the traces of a moment, on top of the slag heap of the mine in Winterslag. That moment was captured and projected onto the wall as part of the installation. The link with the mining past was initially intentional, but for Tuur this somehow completes the circle. Images of a phoenix come to mind, but not only in the metaphorical sense. It's more of an argument to stand still, quietly in a world that is always focused on going faster and faster, to start again in the middle of a moment, alone, or like the two houses resting there: 'reborn'. 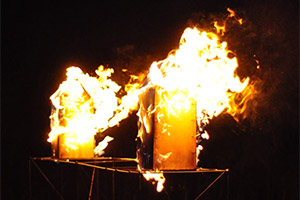 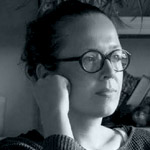 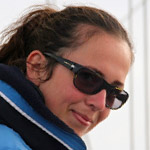 Marjolijn Dijkman is a visual artist based in Brussels. Working in site-specific sculpture, video, photography, film, installation, and participatory projects, her multi-disciplinary and research based practice is concerned with residues of enlightenment ideology, manifestations of collective memory, and the blind spots of representation. Through their entanglement of different temporalities and geographies, her works propose alternate narratives and knowledge systems. Her works can be seen as a form of speculative-fiction; partly based on facts and research but often brought into the realm of the imagination.

Informed by research and collaboration, her work engages different categories of thought — geography, ecology, museology, cosmology — through fictionalization and humor. Dijkman’s artworks can be seen as a form of science-fiction or speculative abstraction. Through their entanglement of different temporalities and geographies, her works propose unconventional collective narratives and alternative systems of knowledge. 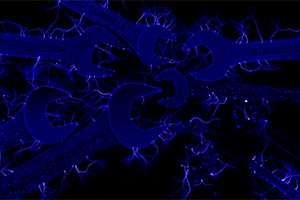 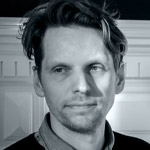 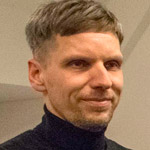 From childhood, Frits Jeuris was inventing and making sculptures and installations with everything he found, inspired by the 'head'. As a little boy he made a small statue of a head that remained on the fireplace with his parents. Meanwhile, this has become his trademark. Everything starts in the head. In 2015, this artistic talent built an iconic wooden head measuring 4.6 and 3 meters wide. Jeuris used discarded planks and surplus wood from a pottery workshop and christened the colossal head 'Think a head'. In the first place it is an indictment against the consumer society: the discarded boards together form a new head, which symbolizes a new beginning. Not only is the outside impressive, Jeuris has also worked meticulously on the inside. The wooden construction has two floors, with a meeting room on the top floor that can serve as a think tank. You can literally put your heads together there to brainstorm or just experience what doing nothing feels like.

'Think a head' has already been exhibited at Pukkelpop in the past. The artwork, which took two months to work on full-time, and which weighs 1.5 tons, moved to the Verbeke Foundation in Kemzeke, East Flanders at the beginning of 2021. It has been given a prominent place on the impressive private art site. 'Think a head' is therefore permanently on display in an inspiring place on the edge of the large pond, a reflection point where nature, art and ecology cross-fertilize each other. And where impermanence can triumph. Also in 2021, 'Think a head' got another unique sequel. It became the new eye-catcher for Hasselt University on the campus in Diepenbeek. On top of the X-LAB pavilion, under the watchful eye of Prof.dr. Jean Manca, became a 5 meters high, 5 meters long and 3 meters wide head from corten steel installed. The artwork weighs a total of 2.6 tons. Frits Jeuris has provided seats inside the head. At X-LAB, crossover and interdisciplinarity are central, and they think over creative solutions for the challenges of the future. 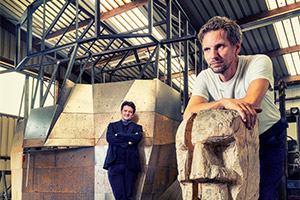 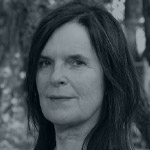 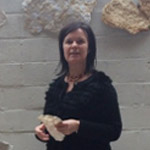 Denise Peeters is a Belgian Master in Visual Arts who reworks paper into sculptures. Her works are in national and international art collections, private and public.

At X-Festival her man-sized paper sculptures reminiscent of icebergs will enter into a dialogue with the Antarctica-exhibit (Prof. T. Van Autenboer-collection) on show on the X-Wall of Sciences in UHasselt-Campus Diepenbeek. In parallel with X-Festival 2021, her "All Senses" exhibition will be on display in the ECOTRON (Maasmechelen) until the 27th of November 2021. 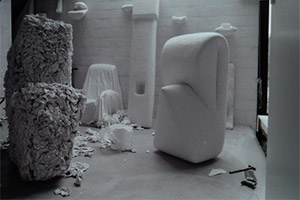 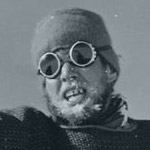 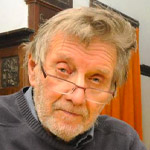 Prof.em.dr. Tony Van Autenboer (emeritus professor UHasselt) was geologist and expedition leader of several of the Belgian Antarctic Expeditions in the period 1957–1970. As one of the last explorer/researchers of the heroic age of polar exploration with dog sledges and no radio contact, he explored the Sor Rondane region, the last unexplored big mountain range on this planet.

Next to the educational visiting exhibit BELGICA@ANTARCTICA, a unique collection of photographs and instruments of Prof.em.dr. Tony Van Autenboer will be exhibited at UHasselt. 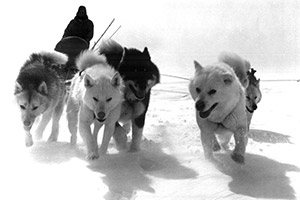 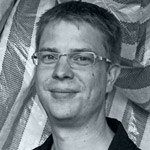 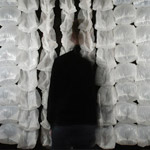 Nils Vöker realised many different installations, experimenting with cushions of different shapes and sizes. None of his projects make use of objects you’d expect to see in an exhibition, and he’s always finding things in his hoard to experiment with. A running theme in his work is the use of these mundane objects that are never really considered to be desirable or attractive, but in the way he uses them, are made into something elegant and graceful. Especially for X-Festival 2021 he invented an unique custom made breathing X in the same way as his choreographed breathtaking plastics, named Twenty Eight (Red). Nils Völker's installation will be exhibited from October 20-29 next to the entrance hall of the university campus in Diepenbeek. Don't miss this 'unique' spectacle!

German artist Nils Vöker creates artworks that lie in the intersection of technology and art through the means of cheap materials and customised electronic parts. He's a media artist based in Berlin whose creative path led from communication design to the use of physical computing. His moving objects are interactive wall-mounted installations mainly made out of ordinary garbage bags. From turning garbage bags into huge, breathing organisms, to making meditative wall installations out of frisbees. There is an abundance of terms to describe his works of art such as physical computers, robotics, media art, new media art or kinetic art. A jumble of words, all of which describe what Völker's work identifies itself with. Lets leave the categorization of his art open and let his work speak for itself or let's just say his large-scale installations somehow combine technique and poetry. Nils Völker has dedicated his career to finding the beauty in mundane, household items. One simple item — a plastic bag, fan, light or beyond — is repeated in a sizable quantity. Völker individually manipulates the series of identical elements to perform actions as a collective whole. 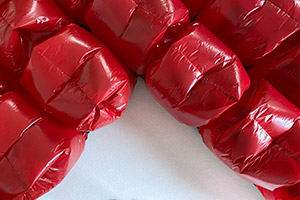 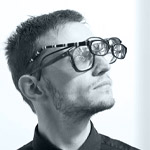 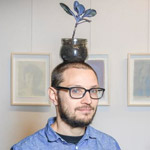 Kristof Vrancken developed his photos using the 19th-century anthotype process, using an organic emulsion of plants and berries that he harvested at the locations where the photos were taken. This creates a direct relationship between image and depicted. The anthotypes don't just show the landscape, they are part of it. This means that the influence of the environment and the climate on the vegetation is inherently embedded in the photo.

His fascination for the relationship between man and nature is a constant. The desire to look was the deciding factor to study photography and not biology. Currently, Vrancken is doing a PhD at the LUCA School of Arts; the link between science, ecology and the landscape is the starting point, how people relate to this is the most important question. 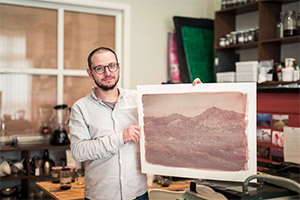