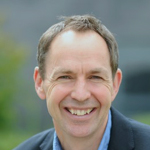 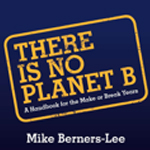 CARBON FOOTPRINT X THERE IS NO PLANET B

Mike Berners–Lee is a professor and fellow of the Institute for Social Futures at Lancaster University (UK) and a leading expert in carbon footprinting and organisation development. He is director at Small World Consulting and author of ‘How Bad are Bananas? The Carbon Footprint of Everything’ and of ‘There is no Planet B – A handbook for the Make or Break Years’. 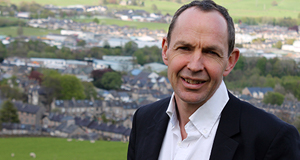 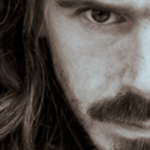 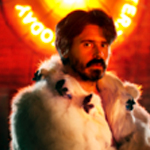 The future of now

An internationally renowned artist,working across a multitude of disciplines, Koen Vanmechelen (1965) is one of the most versatile thinkers of these times. He is situated at the confluence of art, science, philosophy and community.

As an eternal migrant, he travels the world looking for answers to fundamental questions that touch on issues which are both timeless and acutely relevant today: identity, diversity, globalisation and human rights. He weaves those answers – always works in progress – into enigmatic artworks and projects. His quests and interdisciplinary projects invite other migrants to work together and create an awareness and a movement of communities around the world. Together, they reflect on the global legacy of the human animal and explore the different ways we choose to live and evolve together.

In 2010, he received an honorary doctorate from the University of Hasselt and in 2013, he was awarded the prestigious Golden Nica Hybrid Art Award (Linz) and Global Artist's Award (Venice). So far, his work has been shown in more than 80 solo shows and 220 group exhibitions worldwide. As a speaker in high demand, he was invited to address the World Economic Forum (2008) and various TED conferences. 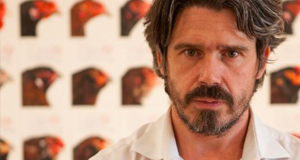 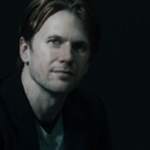 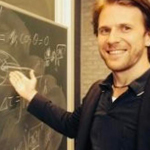 Gravitational waves are ripples in the structure of space and time that travel through the universe at the speed of light and are formed in the most catastrophic phenomena in the universe. The European scientific community has made the construction of a new, more sensitive gravitational wave detector a spearhead, and the intention is to have this so–called Einstein telescope operational within a decade. The Einstein telescope will be built underground, and one of the possible locations for this is the Limburg region, near or across the border between the Netherlands and Belgium. With this new detector you can look deeper into the universe than ever before. 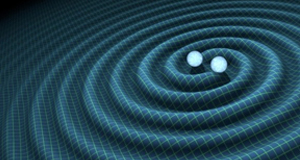 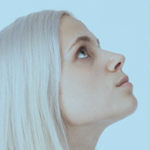 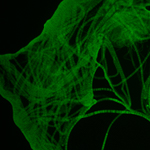 Thessa Van Limbergen is a PhD student at Universiteit Hasselt investigating biolectrogenesis in bacteria towards applications such as environmental sensing, electricity generation and bioremediation. Her research activities are part of a joint interdisciplinary research project between the Centre of Environmental Sciences and X–LAB. 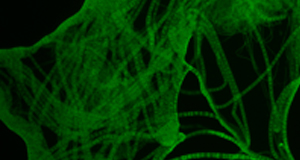 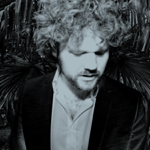 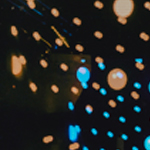 Thomas Neyens is a Lecturer of Statistics at UHasselt and KU Leuven. His research interests lie within the fields of spatial statistics and ecology. In his spare time, he is active as a music producer and DJ. Through his alter egos, Kiani & His Legion and Far Out Radio Systems, he has become a household name in the Belgian underground music scene and beyond. Based on a passion for West Coast Synthesis, his musical output is typified by minimal aesthetics and quirky melodies, which has led him to a nomination as best Belgian music producer in the 2018 Red Bull Elektropedia Awards. His music has been remixed by critically acclaimed fellow producers, such as Fatima Yamaha and Manoo. He has performed at many Western European clubs and festivals, such as Berlin’s Berghain, often referred to as the world’s best club of the 21th century, Pukkelpop, where he was a closing act twice, and Tomorrowland, where he has played for the third time in 2019. He recently initiated a science–art project in which music is generated through stochastic processes and he currently prepares his debut album with an accompanying live set.

Thomas Neyens will give an intuitive explanation of two–dimensional random walks by using them to generate music. By assigning musical parameters or effects, such as pitch or low pass filtering, to each dimension, “random” musical patterns can be generated. Examples are based on his current work in trajectory modelling of elephant and nightjar movements. This short talk is based on a presentation that has been created to communicate statistics in an alternative way to non–scientists. 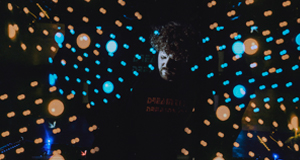 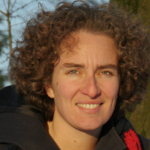 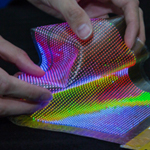 Margreet de Kok studied chemistry at the Radbout University of Nijmegen (NL). She did her PhD on polymer Chemistry at University Hasselt (B). Her professional career was started at Philips Research in Eindhoven (NL) on Polymer LEDs for display and lighting applications. She joint Holst Centre ten years ago and has since then worked on various topics integrating printed electronics into various form factors and applications.

Furthermore the exploration of the design space for (new) functionalities for Human Machine Interaction is also performed by Holst Centre. With a combination of sensors and actuators the interaction can become more intuitive and reliable. Printed electronics with material properties like transparency allow combinations that were not possible before.

In this talk an overview of activities will be given as well as our vision of the future with printed electronics. 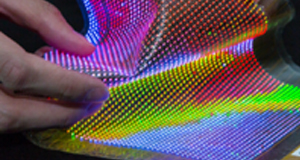